ABT Audi RS4, A6 Avant and Q8 Flaunt Body Kits at Geneva 2019
comments 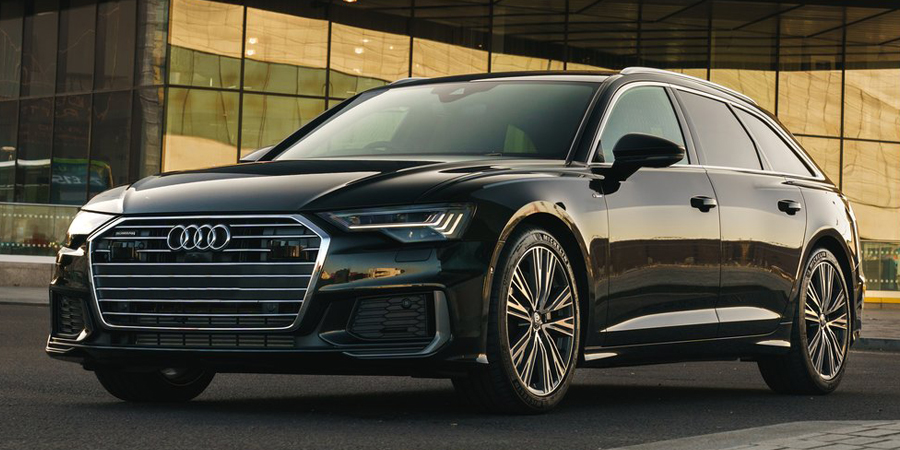 ABT makes the day at Geneva Motor show for Audi

Well, a 100,000 euro Audi A6 Avant or an even expensive 150,000 euros Audi Q8 cannot be called an affordable vehicle but it is still way better than those million euro metal shells called supercars and come with the exclusively expensive badge. You want everyday performance and practice, you can shop around and get RS4 pretty cheaply, leaving some money for the crazy ABT styling pack.

The RS4 is limited edition modal and came to Geneva to show off bold green paint. There are other changes, of course, like carbon fibre seat backs or modified 2.9 TFSI which can produce as much as 530hp. Gold wheels seem perfect for the occasion don, you think?

The new modal has some characteristics, which sport carbon rear deck and some really cool black tips for the revised exhaust system. Tuners stayed away from the RS4, so this is extreme as it going to get.

ABT says about the New Rival A6

The perfect car covering long distance is the ABT 3.0-litre Audi A6 Avant diesel engine with 330 hp (243kw). Do you prefer decent SUVs? ABT also offers this power boost for the Q8 50 TDI which also is displayed on Geneva.

This is based on petrol nor a diesel engine. However, tuning is much more pure power. Some cars are also equipped with special aero kits, dynamic suspension components and modified interior.

The supreme all-wheel drive, the New ABT RS4 show off the power boost to 510 hp (375kw) for a surcharge. The supply gap due to WLTP, existing vehicles are available from ABT performance car in the short term. ABT gave the Audi A6 and Q8 as much pretty same thing.

The two white cars received chin spoiler added to the S line factory kit, small trim changes and exhaust system. Both car powered by 3.0 TDI, which can be boosted t0 330 hp and 650 Nm (from 286and 600).The other engine targeted too like the 3.0 TFSI or S/RS models when they eventually come out.

The most famous agent in the world visited Switzerland including Geneva and ABT sports line may have the perfect car for him on display at the Geneva international motor show.

The new brand ABT aerodynamics packages add a really impressive touch to this SUV. In addition, the ABT power boost makes 50 TDI the ideal vehicle for chasing over long distances without the need for a refuelling stop. In order to give the Audi Q8 50 TDI ABT power boost, the Bavarian company installed auxiliary ABT engine control unit to improve its performance.

The engine can block can now be delivered 330 hp (243kw) instead of 286hp (210kw). The torque from 600-650Nm.This Q8 has been fitted with the ABT level control to electronic lowering of the standard air suspension. The customer can also order a fully customized car.

Who no longer wants to choose between sports coup off-road vehicle or touring saloon has it is easy. The New AudiQ8 is special, no more compromises made between sportiness comfort and off-road capability.

In July 2018 sporty luxury SUV coup went on sale at Audi. With a total length of 4.97 meters, it is 6.6 cm shorter than its brand Q7, but its flatter and wider exterior make it particularly athletic.

The production model, the 50 TDI, is available with 3.0 TDI Quattro Steptronic with 286hp (210kw) which produce a torque of 600 Nm. But ABT gets sport line if were enough. The special developed auxiliary control unit ABT unit engine control gets additional44 hp out of all-rounder.

With 330 hp and a torque of 650Nm, the Q8 nothing to be desired. The Geneva was most of the packed motor show of recent years and includes stuff, New York. But ABT also had cool stuff in the more affordable spectrum.

The ABT is available in easy and affordable prices

In the recent year, Geneva motor show remained one of the most compact motor show in Europe and all those motor shows didn’t see the stuff that automotive lovers have seen at Geneva Motor show. Other motor shows like Detroit and New York haven’t previewed the tuning projects.

The other tuners like Masonry and Top car have left the car show but ABT has introduced the cool stuff and the new tuned model has offered an affordable spectrum. If you wish to enjoy the utmost practicality and refinement in an Audi, there is nothing better than an Audi RS4+ which is pretty cheap as compared to the features it offers.

The RS4+ is although a limited ABT tuned model which came to the Geneva motor show with an off bold green paint. The new tuner model has a massive amount of carbon fibre added all over the model.

This is not the only change that the carbon fibre has been added to the vehicle but there are a number of other changes including an exclusively tuned 2.9-litre TFSI engine which can produce more than 530 horsepower with a massive punch of the hefty torque.

Gold coloured wheels add even more grooming in the model’s beauty. The real devil is hiding in the details of the vehicle which we haven’t even touched yet. This limited edition has a sporty rear deck and a really cool exhaust system with the black tipped caps and the tuners are still away from the RS4 thus this is the extreme what an Audi can offer and a customer is going to get.

ABT has given both vehicles A6 and Q8 the same treatment and tuned it to its best just like the AMG tunes Mercedes models. Both white cars have been equipped with the chin spoilers added to the S Line features kit as standard with ABT tuned models. There is a quad exhaust system has been added to the system which makes the car a dream car with a number of slight trim changes.

In case, you are still amazed and wondering about the power source, let us confirm that both A6 and Q8 would come with the 3.0-litre TDI diesel engine which has a calling code of 50 TDI in the model line-up. This engine can be boosted the massive power of 330hp and a hefty twisting power of torque of 650Nm. It has a range of 286 to 600 respectively.

It is actually the same power and torque band which has been offered on the RS5 and RS4 coupe siblings. The engine has been tuned to offer a three tenth extra power and it takes the same amount of time lower than the RS5 to reach the 62 miles per hour of speed from a standstill.

Although ABT has not releases any official figures for the acceleration benchmarks or for the fuel consumption. The RS4 ABT is not about the fuel economy anyway however, on the time, we can still assume that the RS4 will safely do the 62 miles per hour under 4 seconds. The front lips are made of carbon fiber and the RS4-R trim comes with the standard 19-inch wheels but can be replaced with the 21-inch wheels.